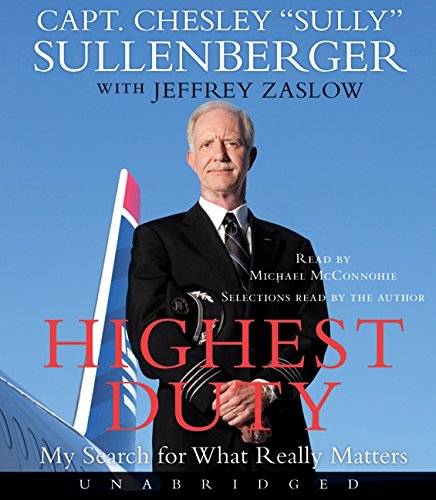 Highest Duty: My Search for What Really Matters

Captain Chesley “Sully” Sullenberger became a hero after landing a distressed U.S. Air plane on the surface of the Hudson River in New York City. His fascinating and deservedly praised memoir reflects on his childhood love for planes and an outstanding 42-year career as a pilot—as well as how he and his family coped with the onslaught of sudden celebrity. McConnohie does his level best to fill Sully's shoes and delivers a solid performance, but the real highlights are the portions of the text read by Sully himself, sounding as cool, calm, and collected as he was on that day in January 2009. An enhanced CD with the voice recorder transcript of the crash completes the package.