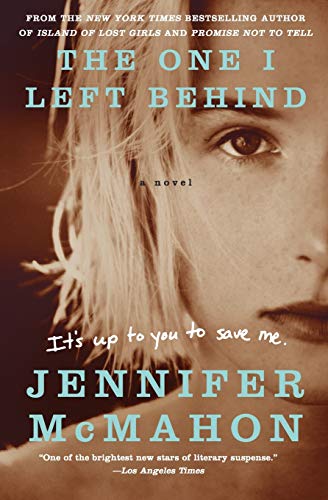 The One I Left Behind

At the start of this haunting work of literary suspense from bestseller McMahon (Don’t Breathe a Word), Vermont architect Reggie Dufrane receives a startling phone call—her idolized mother, Vera, who was snatched by the notorious serial killer known as Neptune when Reggie was 13, has been found alive. Flashback 25 years to 1985 Brighton Falls, Conn. Even before her mother’s severed right hand, like those of Neptune’s other female victims, shows up on the police station steps, followed by lurid revelations about Vera’s life, the fatherless teen has been struggling as a vulnerable outsider, far too enmeshed with fellow outcasts Charlie, the detective’s son on whom she has an unrequited crush, and Tara, the daring goth. Now, for the first time in decades, mother and daughter return to Brighton Falls, where they discover, to their peril, that Neptune may be back. Grippingly plotted, this intricate, character-driven story seamlessly shifts time as McMahon explores such favorite themes as dark familial secrets, flawed relationships, and the potentially destructive power of sex, all anchored in a vividly evoked suburban Connecticut landscape. You won’t soon forget Reggie, fierce yet fragile, but likely to stick with you even longer is the central conundrum of the extent to which our pasts enslave us and how much we can set ourselves free. Agent: Daniel Lazar, Writers House. (Jan.)
close
Details