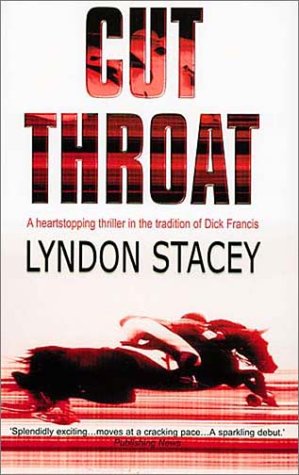 This entertaining, moderately suspenseful thriller about the British horsey set marks Stacey's promising—if uneven—debut. Beset by nightmares of the riding accident that sent him crashing into a viewing stand full of people, crippling a young girl, 27-year-old American rider Ross Wakelin is devoting most of his time to getting drunk when Lindsey Cresswell, a young British colleague, offers him a chance to return to the riding arena in the U.K. Her uncle, Colonel Preston, has a show-jumping yard in Wiltshire and needs an immediate replacement rider. Ross agrees, but he has scarcely gotten out of the car at Oakley Manor when he is greeted with the news that one of the horses is dying, the apparent victim of poisoning, the second such incident at Oakley Manor. Ross finds the overseer, former jockey Bill Scott, less than welcoming; he is also thwarted at every turn by a surly stable employee and a mean-spirited celebrity journalist–cum–ring announcer, —the father of the young horseman he has replaced—who loses no opportunity to discredit him. Soon the foul play spreads beyond the stables: Ross is accosted on a lonely road and forced into a state of drunkenness by mysterious assailants. If Ross doesn't find out who's behind it, this could be the end of his career. His anguish is made all the worse by his secret love for Lindsey, who is about to marry a rich heir. The plot turns are patently contrived, and some passages are overwritten. Still, this fast-paced first effort is absorbing, enlivened by witty dialogue and vivid descriptions of the show-jumping circuit.