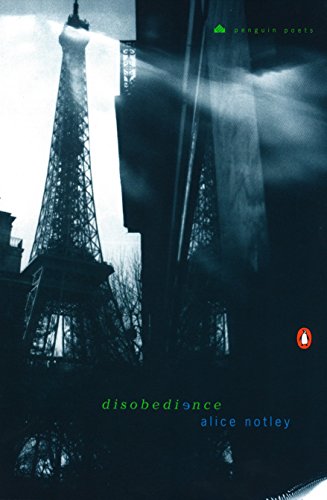 After many years as an independently published poet, Notley did two stellar books with Penguin in the '90s: the 1996 long-poem, , and 1998's Pulitzer runner-up, , recounting, among other things, Notley's marriage to the late poet Ted Berrigan. This huge third Penguin volume from Notley outshines its predecessors, a tall order indeed. Like , is a long, serial, subterranean journey, taking on the search for spiritual life in a corporatized society and anger at persistent male dominance. Along the way, it crosses the worlds of the living and the dead, the real and the imaginary, the particular and the symbolic, vacating everyday life of its assigned non-meanings and granting them wild, personal resonances: "I don't want to create meaning;/ I want to kill it—/ You made meaning; I'm/ trying to make life stand still,/ long enough so I can exist./ I, truly, am speaking." Many fictional elements crop up, such as a character who is variably named Hardwood, Hardware, Hardon or Mitch-ham (after the actor Robert Mitchum), moving in and out of focus as the stream of thought determines. Hardwood, who at times appears to be a stand-in for Notley's late second husband, the poet Douglas Oliver, seems at others to be an interior persona, the "hard," even male, aspect of her own psyche that she uses to power her defenses against the world. The naturalness of Notley's idiom, the distinctive and uncompromising perspective of her thought, the almost Rimbaudian zeal to break free of convention, the sense that she is, after all, very vulnerable in her struggle—all these contradictory elements fire Notley along a comet's path of spiritual discontent. This book traces its arc beautifully.