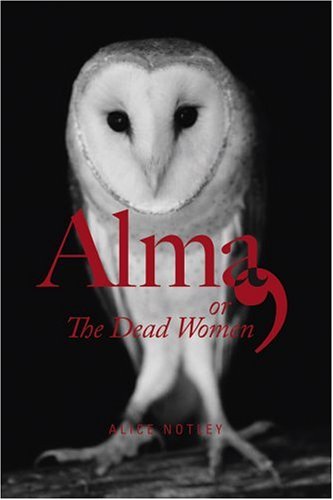 Alma, or the Dead Women

The prolific Notley's newest book, following this year's career-spanning selected poems, , is a surreal, genre-bending novel written in verse and prose poems, or an epic narrative poem written mostly in prose. Divided into six section, each of which comprises many individually titled short pieces, the book follows Alma, a contemporary American goddess afflicted with a "fatal disease... called... pain perhaps," who is also a junkie (she shoots up through her forehead) and at times takes the form of an owl. She hangs out with, and sometimes is one of, "the dead women," a cast of undead feminists. Over the course of this difficult, lyrical narrative, Notley responds to 9/11, the Bush administration ("we pronounce Bush Cheney Rumsfeld Ashcroft Rice et al dead") and the war in Iraq. Notley's prose pieces (which often turn into verse midway) can be extremely dense, making this a slow read. Nonetheless, her writing is rife with crystal-clear moments: "what does the earth want me to sing/ to it?" Notley's impossible-to-categorize book-length work portrays the confusion, angst and sadness of our troubled times.