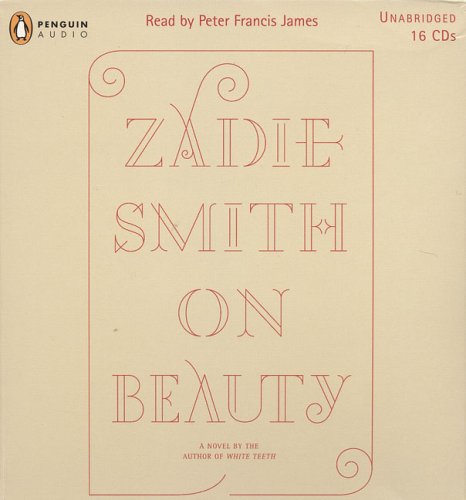 This is a superb novel, a many-cultured , but it's a rough one for an actor. James juggles a large cast of Brits and Yanks, middle- and working-class white, African-American, West Indian and African men and women, as well as street teens, wannabe street teens and don't-wannabe street teens. James has a beautiful, deep voice that at first seems antithetical to Smith's ship of fools, but he enhances the humor and pathos with vocal understatement. He helps give characters their rightful place in the saga. The parade of characters swirl around two antagonistic Rembrandt scholars in a Massachusetts college town. Howard Belsey is a self-absorbed, working-class British white man married to African-American Kiki and father to three cafe-au-lait children. Monty Kipps is a West Indian stuffed-shirt married to the generous Carlene, with a gorgeous daughter, Veronica. The book is funny and infuriating, crammed with multiple shades of love and lust, midlife and teenlife crises. Class, race and political conflicts are generally an integral part of a story that occasionally strays from its center. The theme of beauty as counterpoint to individual, family, cultural and social foibles and failures ribbons through the novel and wraps it up, perhaps to say that Beauty is, finally, the only Truth.