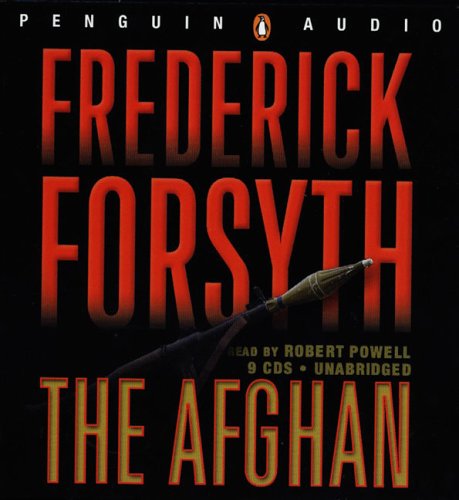 Forsyth writes as if preparing for the movie or television miniseries he knows will surely follow. His multiple focus in terms of characters and settings makes for thrilling cinema and engrossing reading, but in an audio version, a global smattering of Afghani, Arabic, Pakistani, British, Indonesian and other names can cause a bout of verbal vertigo. Wise listeners will replay the first CD or at least part of it. Once the characters, ships and locales are in place, the narrative is much easier to follow, despite Forsyth's love of minutiae. Powell plods through the novel with all the enthusiasm of a distracted Oxbridge tutor. His presentation is careful and eloquent but ultimately dull. He doesn't understand the nuances of most accents, including those of the Americans, all of whom have gruff voices. Powell does best with his performance of Colonel Mike Martin, the reluctant hero of this tale. The action, when it comes, is too little and too late to hold one's attention on audio. Powell's lethargic pace inflates this particular flaw in Forsyth's novel. It would be better to read the print version or wait for the film.