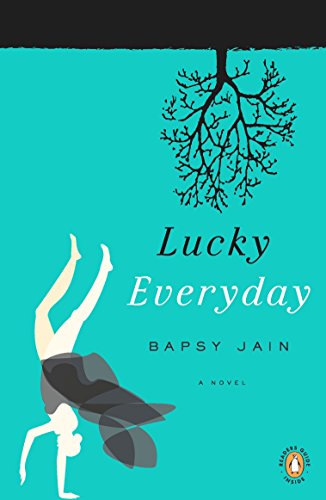 Lucky Boyce flees to New York from Bombay after the breakup of her disastrous marriage to a glamorous but controlling husband in Indian author Jain’s overstuffed novel. Lucky’s lost her status, her self-confidence and her business; struggling to find a purpose in all this through yoga and meditation, she volunteers to teach yoga at the local prison. She soon runs into an old flame, now married but still in love with her, and an opportunity to turn a former business rival into an ally. As she moves toward enlightenment, Lucky’s thwarted by ever more bizarre roadblocks: she is mugged, framed for murder, robbed, gets pregnant, ad infinitum, all interspersed with descriptions of visions and prophetic dreams, putting her somewhere between Job and Bridget Jones. Though Lucky herself is a fully imagined, flawed but endearing character, the constant reliance on luck to shape the plot combined with a disappointing ending make this a mediocre read at best.