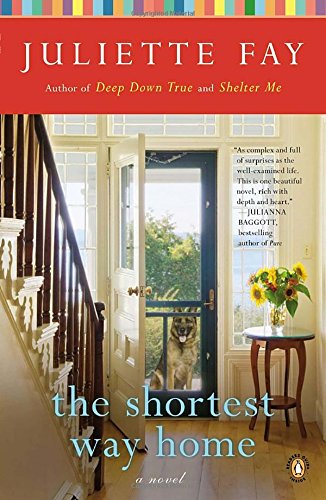 Three decades ago, Sean Doran’s mother died at 33 of Huntington’s disease, and his father, a merchant marine, left Sean and his two siblings in the care of their cold and distant Aunt Vivian. Though the siblings grow up aware of the threat of Huntington’s, they’ve never been tested; Sean’s sentiment, “I didn’t take it. I didn’t want to know,” is shared by all. Sean, now 44, has spent years exploring the world as a nurse, from one war-torn region to another. But when his brother, Hugh, dies of pneumonia, his sister, Deidre, puts her acting career on hold to care for Hugh’s son, Kevin, and their aunt, who she says has “lost it.” Sean returns from Africa and assumes the parental burden, a responsibility for which he is ill equipped. Soon, he reconnects with Becky, his childhood friend, but their budding romance is threatened by Sean’s pathological reluctance to put down roots, and he has to finally decide what’s most important to him. Fay’s third novel (after Deep Down True) is a touching exploration of a damaged family working to repair itself, with universal appeal in Sean’s reluctance to assume responsibility. Agent: Theresa Park. (Nov.)
close
Details