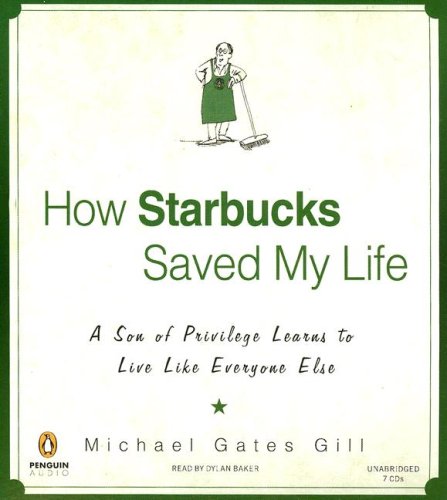 How Starbucks Saved My Life

Baker lends his talent to Gill’s memoir, the subject of considerable industry buzz and the basis for a 2008 movie starring Tom Hanks. Baker’s enunciation and cadence perfectly match the essence of Gill, a well-bred and erudite—yet down-on-his luck—advertising executive who discovers the true meaning of life while working as a Starbucks barista. Baker also delivers especially evocative performances of Gill’s hardworking—but fun-loving—young colleagues Kester and Anthony. His portrayal of store manager and mentor Crystal seems slightly underwhelming given her character’s pivotal role in the story. All in all, Baker remains true to the spirit of the material, and his rendition of the workplace banter should ring especially true with service industry veterans. Critics quick to dismiss the project for its high-concept elements will probably remain unmoved, but fans of such popular inspirational/motivational memoirs as should find the experience good to the last drop.