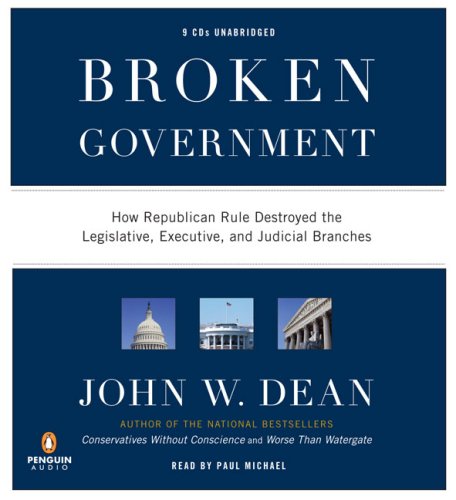 Dean delivers the presumably final book in his “impromptu trilogy” on the dread direction Republicans have taken both their party and the government in the past 40 years. His scathing premise that the government is on the brink of destruction due to the active choices of Republicans and the ineptitude of Democrats rings true as he meticulously identifies the failings and tenuous limbs upon which the three branches of government now exist. Dean also keenly identifies how the media has failed to address issues of how government processes its powers. Dean’s prose provides clear and concise explanations and a rhythm that Michael easily integrates into his cadence. While sounding uncannily similar to narrator Scott Brick, Michael’s voice has a slightly sterner tone, which further emphasizes Dean’s disgusted stance. Footnotes are placed conveniently at the end of sentences in a surprisingly unobtrusive manner. While the performance does contain the occasionally badly edited voice shift, it still ends up an impressive and eye-opening deconstruction of politics today.