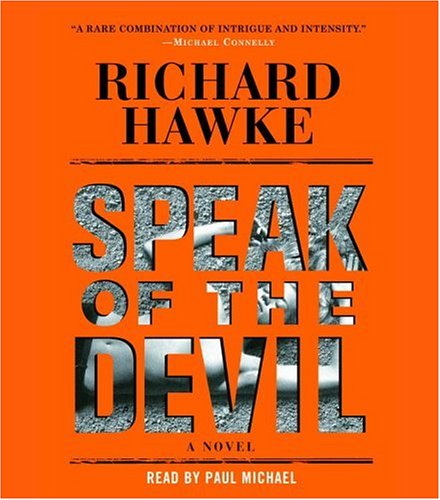 Speak of the Devil

Thanksgiving Day turns bloody when a gunman opens fire on the Macy's parade in Manhattan. PI Fritz Malone happens to witness the shooting and eventually catches the killer, but the trouble doesn't end there. A terrorist calling himself Nightmare is holding the mayor (and the city) hostage, and the parade shooter was only a hired gun. Neither the public nor the NYPD knows about Nightmare, so to keep a lid on the situation, the police commissioner discreetly hires Malone to find the villain responsible for the attacks. Michael strikes exactly the right balance between a noirish gumshoe and modern-day cop for his narrative voice. His character voices are equally impressive: he covers a wide range of accents with remarkable authenticity, whether it be Irish, Latino or African-American. Despite the abridgment, the novel's complex mystery is easy enough for listeners to follow, but the truncation of the narrative may have robbed it of some of its power and verisimilitude. Michael's first-rate performance more than makes up for that, however; he makes the role of Fritz Malone wholly his own.