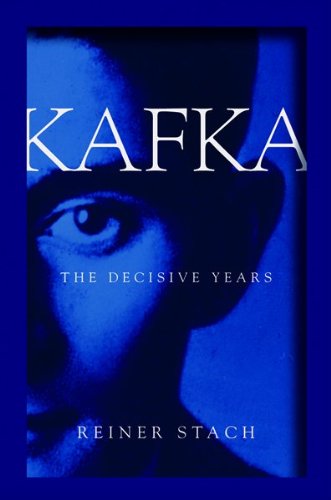 We know Kafka better than almost any other literary figure. His tormented psyche has been on view for decades, not only from his great stories and novels but also from countless letters and diary entries, his own as well as those of lovers, and his friend and editor, Max Brod. Oddly, he has not commanded a great biography. German editor and author Stach enters the breach with the first volume of a planned trilogy, now published in an excellent English translation. Stach begins with a superb meditation on the art of biography, including the pitfalls of the empathy a biographer establishes with his subject. He picks up Kafka's life not in childhood, but in 1910, the fitful beginning of his literary career, and follows it only until 1915. But these were the years when Kafka produced some of his greatest works, including "The Metamorphosis" and . We see the writer in all his torments, but also his moments of triumph, however fleeting. Most impressive is Stach's recounting of the creation of his subject's writings. The biographer is not deluded by the simplicity of Kafka's prose. His language was elegant and finely honed and, in personal relations, could be used to great manipulative effect. Stach's own writing is wonderfully expressive, a trait that hopefully will be carried through in the next two volumes. 32 pages of b&w photos not seen by .