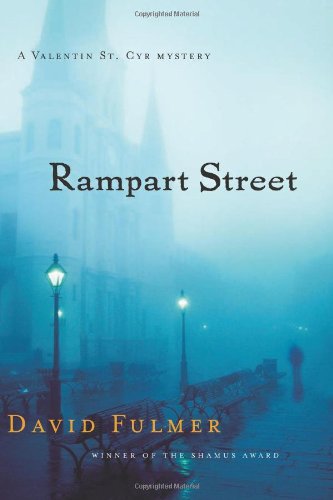 New Orleans as it once was and may never be again is the rich and poignant setting for Fulmer's latest ( ; ). After a long absence, the series hero, Creole detective Valentin St. Cyr, has returned to the red-light district of Storyville a changed man. He's skinny and apathetic; to saloon owner Tom Anderson, St. Cyr's friend and mentor, he seems haunted. Tom—Storyville's "proud monarch, lording over the madams in their grand mansions, the sporting girls in both fine upstairs rooms and dime-a-trick cribs, the rounders and gamblers and sports, the criminals petty and heeled, the saloon keepers who served them and all the other characters in Storyville's shifting cast"—attempts to re-engage St. Cyr (and see if the detective's still got his juice) by encouraging him to solve the murder of a wealthy businessman whose body has just turned up on the eponymous street, one of Storyville's meanest. St. Cyr finds himself coming alive again as he digs up troubling facts that no one, especially the police, wants him to unearth. Five more men will die and St. Cyr will be in mortal danger before justice is served. St. Cyr is a great character, and the fascinating city and its larger-than-life denizens intrigue as much as the complicated plot.