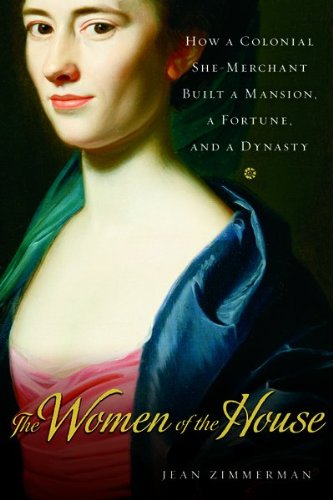 The Women of the House: How a Colonial She-Merchant Built a Mansion, a Fortune, and a Dynasty

In 1659, 22-year-old Margaret Hardenbroeck arrived in New Amsterdam as a highly independent, unattached "she-merchant" who collected debts from a Dutch cousin's customers and sought out buyers for European merchandise. When she died three decades later, Margaret was an enormously rich, twice-married mother of five with a real estate empire stretching from Westchester and New Jersey to Barbados and a fleet of trading ships trafficking in slaves, furs, tobacco, textiles and molasses. Zimmerman's ( ) prodigious research unearths a mother lode of data on colonial American women, from the differences in Dutch and English inheritance laws to the fact that wealthy female colonists eschewed underpants and menstruated into exquisite handcrafted gowns. This rich history loses some momentum when the spotlight shifts from the feisty Margaret and her bustling Manhattan milieu to minibiographies of those women who followed in her wake on her Westchester estate. Her husband's pious second wife, Catherine, built a church; granddaughter-in-law Joanna was a socialite political wife whose privileged realm was rocked by an alleged slave revolt; and Joanna's daughter Mary rejected George Washington for a Tory soldier. 16 pages of b&w photos not seen by .