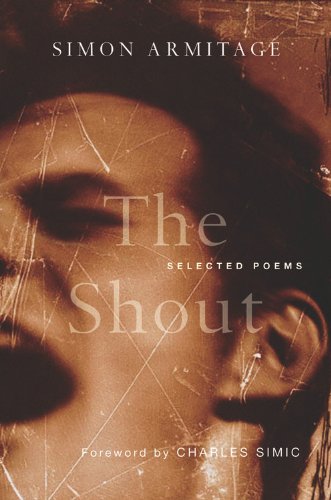 Bitter wit, laddish insouciance, mysterious story lines and up-to-the-minute, sometimes satirical topics made Armitage's verse a big hit in early-1990s Britain: his first three books (among them and ) pushed the former probation officer to the forefront of the so-called New Generation Poets, whose frequently rhymed and metered verse aspired to the immediacy and accessibility of rock music. Though Armitage has 11 books of verse in the U.K., this selection is his first in America, sacrificing chronological order to create provocative juxtapositions. A sonnet about a "Man with a Golf Ball Heart" rubs shoulders with a disquietingly flip, propulsively metred poem about failed suicides. Stanzas about all too ordinary failed love affairs, or about the disillusioned Everyman "Robinson" (whom Armitage borrows from the American poet Weldon Kees) offset weirder, wilder verse in which "there's more going on/ than they'd have us believe": an automobile tire hops between dimensions, an amputee becomes a super-strong cyborg, and Robin tells Batman it's over. Armitage so often depends on nuances of English middle-class life that Americans may not fall for him, though his tough-guy persona, good jokes and metrical skills could help. Charles Simic provides a short but appreciative preface. Harcourt has invested heavily in contemporary British verse and could probably gain from a group promotion.