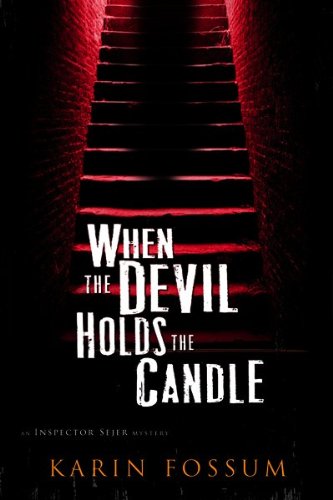 When the Devil Holds the Candle

Skillful characterization and revealing detail lift Fossum's third mystery to be published in the U.S. featuring thoughtful, intelligent Insp. Konrad Sejer (after 2005's ). Handsome Andreas Winther, a self-absorbed, dangerously restless 18-year-old, manages to draw both sympathy and disgust from the reader. He roams the streets of an unnamed provincial Norwegian town in the evenings, accompanied by his socially inept friend, Sivert "Zipp" Skorpe, and fueled by the enormity of a secret he keeps. One evening, after mugging a young mother, Andreas decides to break into an old woman's house to rob her. His intended victim, Irma Funder, has a complicated health situation and a more complicated psyche. In defending herself, Irma pushes Andreas down the cellar stairs, where he lands unnaturally twisted, unable to move but alive. What develops between the immobile boy and the reclusive woman is a bizarre, excruciating, curiously tender relationship that serves as a pathetic and poignant balance to the hunt for Andreas conducted by Sejer and his police colleague, Jacob Skarre.