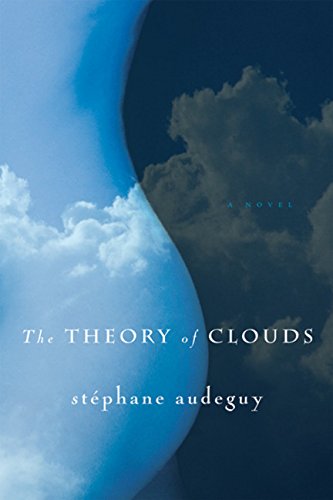 The Theory of Clouds

A specialized, sensual history centers this novel from French historian Audeguy, winner of the Académie Française’s Prix Maurice Genevoix. Virginie, an aimless young librarian, is hired by Hiroshima survivor and Paris couturier Akira Kumo, who seems much younger than he is, to categorize his obsessive library of cloud and meteorological-related material. While Virginie works, Kumo tells stories of other cloud gazers in history, including the fictional John Constable–like painter Carmichael, who spent a year painting clouds, to the consternation of his father, and the photographer Abercrombie, who left behind the much speculated upon cloud book that bears his name. As Kumo’s past begins to come into focus, Virginie is drawn into his life. Audeguy’s prose, lyrical in translation, mostly manages to contain sudden shifts of time and explorations of cloud lore. Beautifully written and imaginatively structured, Audeguy’s book is as diaphanous as its subject.