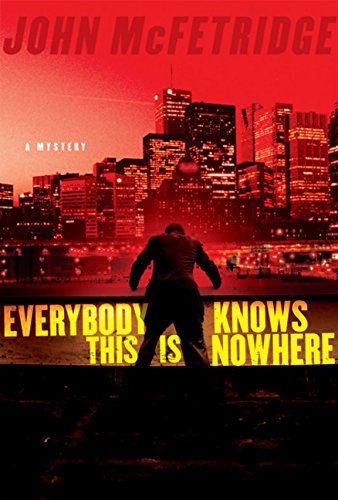 Everybody Knows This Is Nowhere

Canadian author McFetridge’s complex crime caper, whose title comes from Toronto-born Neil Young’s first album with Crazy Horse, follows Toronto police detectives Bergeron and Armstrong as they pursue a variety of cases, starting with the body that falls off a high building and strikes the car windshield of a john just about to enjoy a hooker’s services. Meanwhile, Sharon MacDonald is under electronic house arrest, working angles on expanding her dope business, when she meets a guy named Ray with plans to smuggle literal shiploads of marijuana. A clear disciple of Elmore Leonard, McFetridge ( ) has almost every character talk and think like Chili Palmer (“That was one thing J.T. learned in Afghanistan—the enemy’s only half your problem, if that”), not a bad thing for a fun read. On the down side, too many subplots start and abruptly end as this noir love song to Toronto plays out.