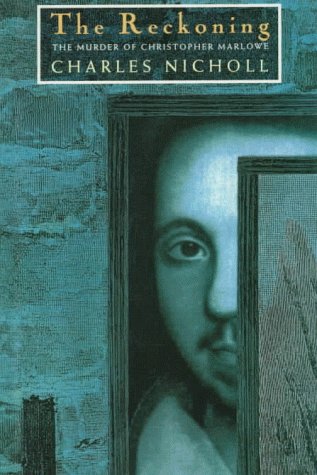 The Reckoning: The Murder of Christopher Marlowe

Elizabethan playwright-poet Marlowe was stabbed to death in 1593 at the age of 28, supposedly in a dispute over a tavern bill or ``reckoning.'' In a painstaking piece of scholarship that reads like an intricate detective thriller, British author Nicholl argues that Marlowe was murderd by a court cabal orchestrated by Robert Devereux, Earl of Essex, who viewed dramatist-spy Marlowe as an obstacle to his political ambitions. One of the three men with Marlowe the day he died, Nicholas Skeres, was a servant of Devereux; another, Robert Poley, was a government agent who earlier had played a major role in a covert operation to entrap and eliminate the imprisoned Mary Stuart, Queen of Scots. The third, a shady entrepreneur named Ingram Frizer, was the hit man. Nicholl, who goes much further than previous biographers in exploring Marlowe's connections to espionage, concludes that he was a government spy, recruited while a Cambridge student, who informed on subversive Catholic loyalists. Winner of both the British James Tait Black Prize for biography and the Crime Writers' Association Gold Dagger Award, this highly speculative study provides an extraordinary glimpse of the seamy Elizabethan underworld of espionage replete with double agents, disinformation, torture and murder. Illustrated. (Mar.)
close
Details