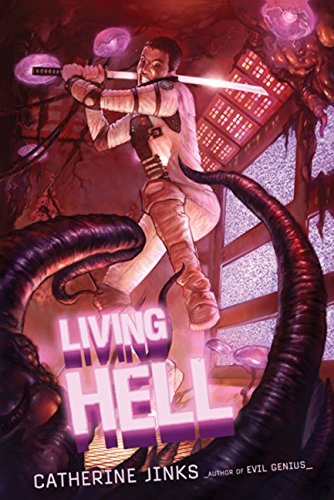 Science fiction has a long tradition of doomed “generation ships,” spacecraft whose leisurely journeys are interrupted by some calamity, either internal or external. Early on, 17-year-old Cheney's after-the-fact narrative reveals that the same is true of , the starship on which he's been born and raised, which is en route to finding a habitable planet for its 1,500 residents. During its voyage, encounters a mysterious wave of energy that rapidly transforms the ship's mechanical elements into living organisms, many analogous to ones inside our bodies, and the crew is subjected to repeated attacks from a ship whose immune system identifies them as alien infections (“For the first time my whole world was shifting on its axis. All my life I'd been traveling in one direction, at a constant speed”). Jinks ( ) remains adept at action sequences and creating a pervasively tense environment, though her characters are perhaps less memorable than in previous books. With plenty of gruesome creatures (and demises) that owe a thing or two to films like , this is science fiction for horror fans. Ages 12–up.