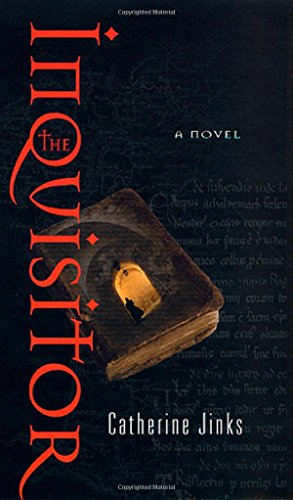 In her American debut, Australian Jinks provides a fast-moving and entertaining look at medieval France under strict church rule. Writing in the form of an extended confessional, overworked "Inquisitor of Heretical Depravity" Father Bernard Peyre complains that he's kept off balance by the Holy Office, which is continually sending high-ranking clergy to his priory at Lazet to oversee his work rooting out and punishing local heretics. One of these superiors, Father Augustin, is brutally murdered and his corpse dismembered, suggesting fiendish agents at work. Bernard's own investigation uncovers instead a forbidden affair between the victim and the beautiful, wild Johanna de Caussade. In this often satirical tale of corrupt ecclesiastical machinations in the Middle Ages, we encounter sorcerers and necromancers, mostly imagined, and witness an auto-da-fé staged by a church tyrant intent on frightening the population and establishing his power. Self-indulgent Bishop Anselm, more interested in horseflesh than piety, has hands so bejeweled that "One must search very hard... to find the episcopal ring to kiss." With Latin prayers and Biblical injunctions aptly placed throughout the story, Bernard becomes a sympathetic and engaging narrator, especially when he too succumbs to the pleasures of the flesh only to be haunted by guilt afterward. A gripping escape sequence concludes this timely exposé of church scandals in a bygone era.

Name of the Rose