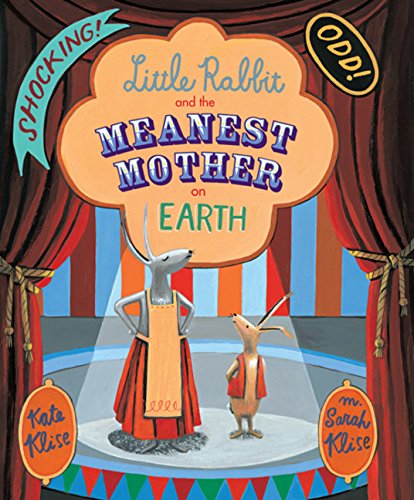 Little Rabbit and the Meanest Mother on Earth

Chimerical details abound in this strong follow-up to . Even though he wants to see the circus, Little Rabbit's mother directs him to first clean his out-of-control playroom, shown complete with framed bug specimens, assorted toys, and other creations. Sneaking out of his window, Little Rabbit decides to join the circus. His claim to fame: he has the “Meanest Mother on Earth.” Selling tickets, he promises: “She has two heads. And green teeth!” But when the audience is less-than-wowed by his mean mother, she has the last laugh (and he has a change of heart). Charmingly off-kilter, with emotions that are spot on. Ages 3–7.