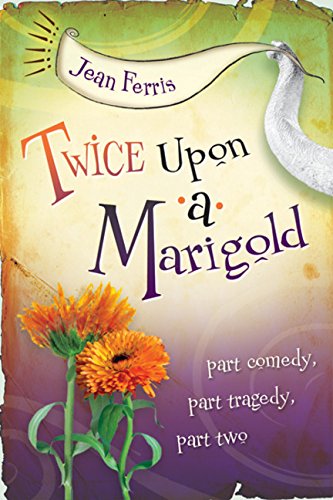 Twice Upon a Marigold

Wrought in the same whimsical style as , this sequel to the fractured fairy tale tells what happens after evil Queen Olympia's plot to murder her husband and his daughter Marigold fails. After the queen falls into a river and is presumed dead, she emerges in the village of Granolah suffering from amnesia. The new Olympia, who calls herself Angie, is quite a bit more pleasant than her former self. Unfortunately, her memory returns, and after returning to her kingdom (accompanied by two Granolahans), she soon goes back to her old tricks, scheming to get rid of the king and Marigold. Fans will revel in the author's hilarious warping of fairy-tale conventions and will adore the new characters: Lazy Susan, the disgruntled half-sister of Sleeping Beauty; Mr. Lucasa, master of culinary arts, fashion design and foreign languages; and Hannibal, the white elephant, who literally shakes up the kingdom's power structure. Ages 10–up.