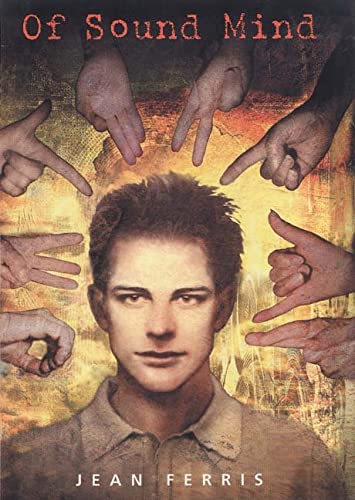 In this emotionally taut novel Ferris (; ) chronicles the conflicts of high school senior Theo, caught between the hearing and deaf worlds. Theo, who can hear and who knows sign language, often finds himself in a burdensome and exhausting position in a family in which everyone else is deaf. For example, at age 11 he negotiated the purchase of his parents' house when he "didn't know what a lot of terms he had to use even meant, much less how to sign them to his parents." Theo forms a romantic relationship with a new girl, Ivy, who also signs because she has a deaf father, and his own stoic, peacemaking father suffers a stroke. These two events motivate Theo to assert himself against his domineering mother, Parma. Ferris effectively establishes the manners and mores of the deaf community and American Sign Language, using examples such as Parma's rudeness when she clasps her youngest son's hands to shut him up, and describing the signers' habit of watching facial and body language intently and their suspicions about "hearies." An eclectic and appealing cast of characters, including the bickering retirees Harry and Hazel, propel the drama. Ages 12-up.