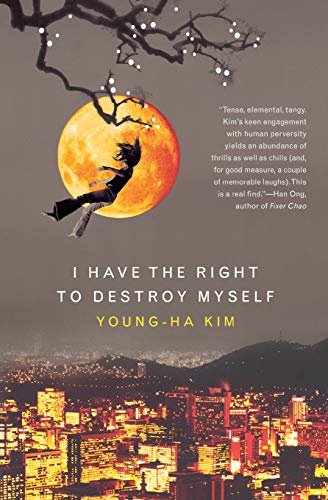 I Have the Right to Destroy Myself

orean novelist Kim’s tantalizing 1996 debut novel concerns a calculating, urbane young man who makes a business of helping his clients commit suicide. The narrator’s favorite painting, Jacques-Louis David’s , encapsulates his outlook—to be “detached and cold,” an approach reflected in his account of a recent client who was romantically involved with two brothers (called C and K). The woman, Se-yeon, is a young, spacey, lollipop-sucking drifter who first hangs out with K before bedding C. Cab-driver K and video artist C become obsessed with Se-Yeon, who looks (to them) like Gustave Klimt’s . Judith, as they subsequently refer to her, later wanders off into a snowstorm, never to be seen by the brothers again. However, in this eerie, elliptical narrative, Judith reappears as the narrator’s client. Moreover, Judith morphs into other objects of desire, such as a woman from Hong Kong the narrator meets in Vienna and an elusive performance artist named Mimi whom C films. Kim’s work is a self-conscious literary exploration of truth, death, desire and identity, and though it traffics in racy themes, it never devolves into base voyeurism.