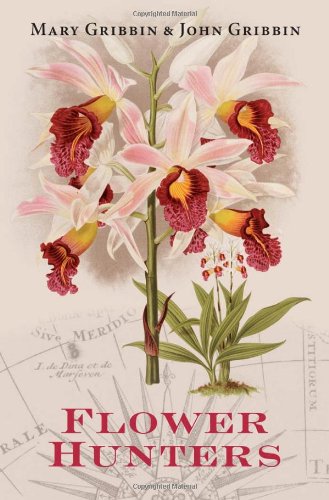 Veteran science writers, the Gribbins ( ) tell the stories of 11 18th- and 19th-century botanical explorers. Two were Swedes, including the renowned taxonomist Carl Linnaeus, who botanized in Lapland. The others came from Great Britain, including Joseph Banks, who sailed with Captain Cook, and Francis Masson, sent to South Africa by the Royal Botanic Gardens at Kew. With David Douglas, sent to North America by the Horticultural Society of London to obtain plants to sell to affluent gardeners, came the age of plant exploration for profit. Robert Fortune was sent to China to collect tea plants for the East India Company. Richard Spruce obtained seeds of the South American tree that produces quinine, the drug used to treat malaria. Joseph Hooker brought rhododendrons from India to Victorian Britain. Marianne North searched several continents for material for her flower paintings. The adventures of these botanists, who often risked their lives in search of exotic species, should make for exciting reading, but the Gribbins' dry biographical sketches fail to capture the drama. 30 color and b&w illus not seen by .