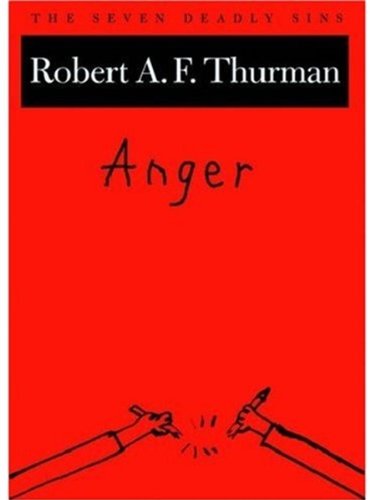 Thurman, professor of Buddhist studies at Columbia University and author of , contributes to Oxford's outstanding series on the seven deadly sins with this brief meditation on anger. Thurman identifies two extreme positions on the subject: on the one side are the people who believe that anger is a healthy, constructive force that can right wrongs and overturn social injustice. On the other side are those who would like to see anger be entirely eradicated, because playing with fire means we'll only get burned. Not surprisingly, Thurman draws upon Buddhist precepts to navigate a more nuanced "middle way" between those extremes. "Our goal surely is to conquer anger, but not destroy the fire it has misappropriated," he writes. "We will wield that fire with wisdom and turn it to creative ends." Thurman says at the outset that he, like many people, has a problem with anger, and that his temper (which he traces to a "paternal lineage of Southern rednecks") still flares despite decades of Buddhist practice. (Some of that character becomes apparent when Thurman rails against war, which he calls "politically organized anger.") At times, his generalizations about Western religions are unfair—such as when he says that the angriest character in the Hebrew Bible is God himself—but his Buddhist perspective makes a valuable counterpoint to the mostly Christian points of view we've seen so far in this series.