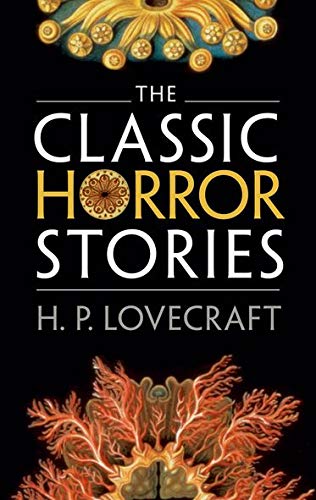 Reviewed by >Peter Cannon. As Stefan Dziemianowicz points out in “Terror Eternal: The Enduring Popularity of H.P. Lovecraft” (PW, July 12, 2010), horror writer H.P. Lovecraft (1890–1937) has been enjoying a boom in recent years. He and his work have become enshrined in popular culture, from graphic novels to stuffed animals, and editions of his fiction have proliferated, particularly since his stories went into the public domain in 2007. The Library of America volume, Tales (2005), sent the signal to the larger literary world that Lovecraft was worthy of serious attention. Oxford’s prestigious scholarly edition, which includes eight stories and the short novel At the Mountains of Madness, will also help sell Lovecraft to readers who normally prefer an author like Proust (a name I do not invoke lightly: the long, digressive expository paragraphs of In Search of Lost Time bear certain similarities to Lovecraft’s mature style). Luckhurst, a British professor of modern languages, has a problem, however: how to distinguish this Lovecraft collection from all the others. In a bold if misguided move, he has chosen to open with “The Horror at Red Hook,” a minor tale chiefly notable for how it reflects Lovecraft’s misery while living in Brooklyn in 1925. “I don’t think it is very good,” Lovecraft said in a letter of this muddled account of devil worship and sinister immigrants. Instead, I wish he had started with “The Call of Cthulhu,” the first important contribution to what became known as the “Cthulhu Mythos” (a set of thematically similar tales by Lovecraft and others), and inserted “The Mound,” an underappreciated long story Lovecraft wrote in 1929 for a revision client, in between 1928’s “The Dunwich Horror” and 1930’s “The Whisperer in Darkness.” “The Mound,” Lovecraft’s first tale to elaborate on the social organization of an alien civilization, anticipates such later masterpieces as At the Mountains of Madness and “The Shadow out of Time”—which Luckhurst, in another attempt at novelty, has reproduced with the short, choppy paragraphs imposed on them for their original appearances in the pulp magazine Astounding Stories, much to Lovecraft’s dismay. In a textual note, Luckhurst says he used these variants “in order to retain some of the pulp energy that Astounding Stories wanted to inject into Lovecraft’s tales.” I venture to suggest that the magazine’s columnar format dictated the re-paragraphing. Proust lovers are forewarned. As for the selected bibliography, it has a few items of recent vintage, but misses everything from Hippocampus Press, today’s leading publisher of Lovecraft-related books, except for S.T. Joshi’s two-volume biography, I Am Providence (2010). A pity John D. Haefele’s incisive A Look Behind the Derleth Mythos: The Origins of the Cthulhu Mythos (2012) isn’t listed under critical works. One could have dispensed with such dated studies as Lin Carter’s H.P. Lovecraft: A Look Behind the “Cthulhu Mythos” (1972), John Taylor Gatto’s Monarch Notes volume (1977), and my H.P. Lovecraft (1989). Peter Cannon is the author of H.P. Lovecraft, a critical study in Twayne’s U.S. Authors Series and Senior Reviews Editor at PW.
close
Details