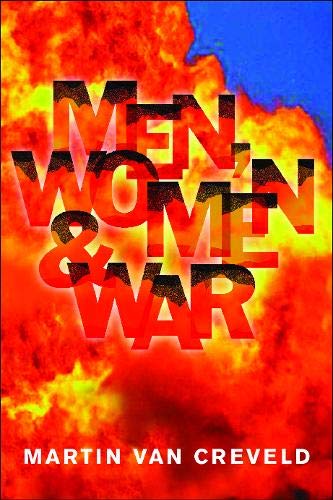 MEN, WOMEN AND WAR: Do Women Belong in the Front Line?

A sometime consultant to the armed forces and defense ministries of the U.S., Canada and Sweden, among other countries, Hebrew University historian van Creveld (, etc.) sees women as no less susceptible than men to war's excitements—and no less capable of being aggressive, competitive and dominant. Yet women's direct participation in conflict has, he finds, overwhelmingly involved a spectrum of supporting roles even in the era of total war. Van Creveld is masterful in discussing the modest realities supporting such contemporary legends as Israel's female soldiers and the women pilots of Soviet Russia. Instead, he provocatively links the current rise in the numbers of Western women in uniform to the emergence of nuclear weapons: the less a state believes it will have to fight a meaningful conflict, the more women it accepts into its armed forces and the more it expands their roles. Women's systematic participation in turn makes military service correspondingly less attractive to men, van Creveld argues, because even in the modern age men accept the risks of becoming soldiers in order to assert their identities as men. And feminized militaries become less relevant, he contends, to conflicts increasingly sustained either by relatively small, male-defined combat elites like the U.S. Marines and special operations forces or by "privatized," irregular non-state agencies. And should a real threat emerge, van Creveld bluntly concludes, "the expanded role of women in the military will vanish like the chimera it is."