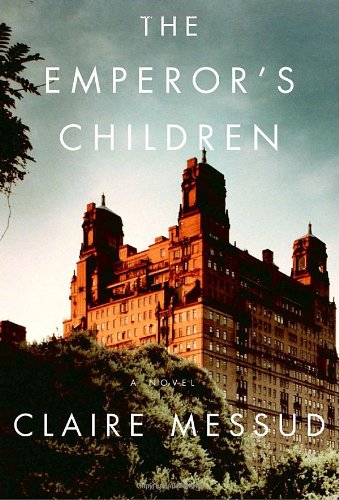 Marina Thwaite, Danielle Minkoff and Julian Clarke were buddies at Brown, certain that they would soon do something important in the world. But as all near 30, Danielle is struggling as a TV documentary maker, and Julius is barely surviving financially as a freelance critic. Marina, the startlingly beautiful daughter of celebrated social activist, journalist and hob-nobber Murray Thwaite, is living with her parents on the Upper West Side, unable to finish her book—titled (on how changing fashions in children's clothes mirror changes in society). Two arrivals upset the group stasis: Ludovic, a fiercely ambitious Aussie who woos Marina to gain entrée into society (meanwhile planning to destroy Murray's reputation), and Murray's nephew, Frederick "Bootie" Tubb, an immature, idealistic college dropout and autodidact who is determined to live the life of a New York intellectual. The group orbits around the post–September 11 city with disconcerting entitlement—and around Murray, who is, in a sense, the emperor. Messud, in her fourth novel, remains wickedly observant of pretensions—intellectual, sexual, class and gender. Her writing is so fluid, and her plot so cleverly constructed, that events seem inevitable, yet the narrative is ultimately surprising and masterful as a contemporary comedy of manners.