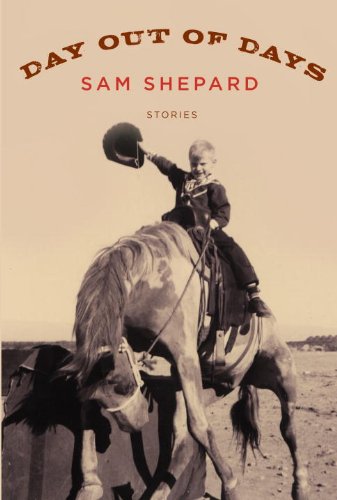 Day Out of Days

Actor and playwright Shepard strikes a world-weary note in his latest (after ). Though billed as a short story collection, there are poems and narratives built solely on snippets of dialogue sprinkled throughout. It's all loosely connected by setting: most take place in forgotten western towns or along lonely stretches of highway. There is also a unifying tone of swagger that is satisfyingly reminiscent of Shepard's film characters and crackles with the dramatic tension one would expect from the celebrated playwright. Many of these pieces clock in at a page or less, and come across less as stories than as moments soliloquized by growly, first-person narrators. The brevity and intensity result in macabre overload, which, while initially disturbing, settles into the mundane as the bleakness becomes commonplace. It's best read in small doses, as, say, a disillusioned alternative to daily devotions.