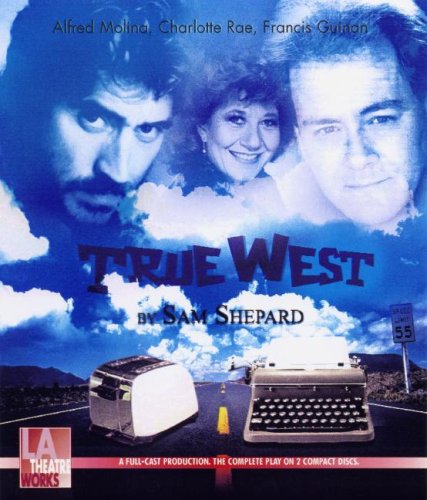 This compelling play opens in the kitchen of a modest, southwestern home that Austin, a brainy scriptwriter, has borrowed from his mother, who is traveling in Alaska. Austin is working on his latest project when his brother, Lee, turns up. They're not the best of friends. Lee is a petty thief and hustler, and when Austin's agent stops by to have him sign an agreement for a screenplay, Lee hustles the agent into accepting his own idea instead of Austin's. Things turn ugly as roles appear to reverse, but Shepard's intense humor embellishes the gripping anguish that results. This play is just right for audio production, since it takes place in one room; dialogue is its essence; and visuals are presented through sounds: the typewriter clicking, silverware clattering across the room, a toaster popping. Dean Cameron is dull as Austin's agent, but his role is small, as is Charlotte Rae's as Mom. Francis Guinan and Alfred Molina are formidable as Austin and Lee, respectively; their characters are entirely convincing and deeply moving, and their timing is superb.