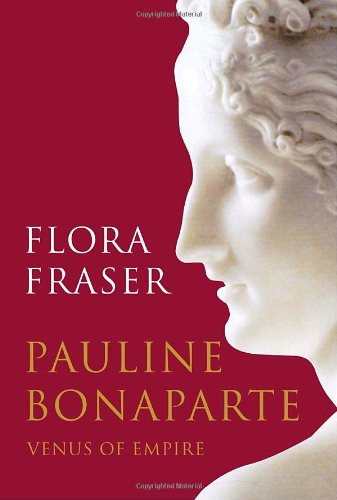 A force of nature as uncontrolled by her brother Napoleon as the Russian winter, Pauline Bonaparte captivated her peers with her beauty, boundless quest for passion, diamonds and imperiousness. The narrative by British biographer Fraser ( ) fleshes out the privileged and politically unstable world of Pauline, who both commissioned and modeled nearly nude for Canova's symbolic marble statue as a testament to herself. Pauline's raison d'être was the joyful pursuit of astonishing variety in her love affairs, which Fraser asserts may have been a source of her invalidism throughout her adult life. But her life showcased the dangers in Napoleonic France as well as its pleasures: she faced death from yellow fever and insurrection in French colonial Haiti. Fraser's narrative provides insight into the permissive culture of the French Empire and glimpses into Napoleon as a protective and exasperated older brother while simultaneously engaged in politics, invasions and his eventual fall from power. Pauline, for her part, survived her setbacks with style—“I am the sister of Bonaparte. I am afraid of nothing”—expressing a spirit that Fraser clearly admires without being blinded by her subject's seductions. 12 pages of color illus.