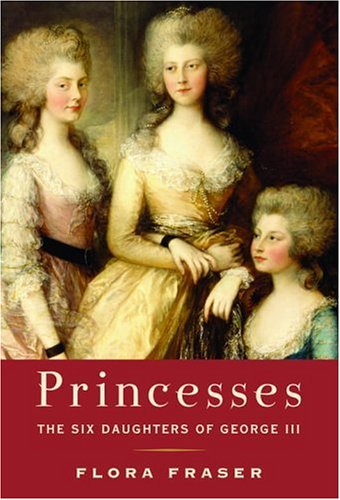 King George III of England (1760–1820) and his queen, Charlotte, had 15 children, among them six daughters, on whom Fraser ( ) focuses her family portrait. She depicts royals who attempted to live a rather homey life, but were torn both by the king's famous madness and by complex political and affectionate alliances within the family itself. Fraser has a great source that she uses extensively: the prolific and elegant letters of Charlotte and her daughters. Their correspondence reveals personalities and daily details that attach the reader to their lives. The letters are at times less informative than suggestive; over-reliance on them contributes a wandering quality to the narrative and too many precious tidbits that Fraser apparently couldn't bear to leave out. She also tends to set up situations that take too long to play out, the most significant being the onset of George's madness. The madness, though, is at the center of the women's lives: it not only helped weaken the monarchy further, it wrecked a happy marriage, created rifts out of family tensions and contributed to only three of George's talented daughters marrying, and then too late in life to have children, while two others triggered scandal with their affairs. It's a sad and fascinating story. 24 pages of color illus.