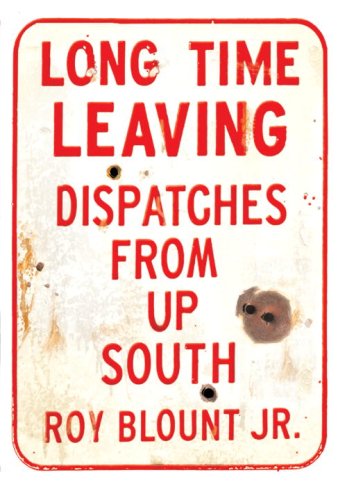 Ever since beloved Southern writer Blount moved to Massachusetts, he's been trying to use his â€œregional ambivalence... to get Aunt Dixie and Uncle Sam on speaking terms.â€ In this diverse collection of humorous essays and occasional verse, Blount tackles a number of topics, including Immanuel Kant, the mind-boggling â€œBushy Juggernautâ€ and the correct grammatical usage of (always plural). Concerned largely with his own pleasures and peccadilloes, Blount sings the praises of New Orleans's jazzy Boswell sisters, staying up late and the company of Jack Russell terriers (â€œlike living with a movie star who seems to be able to handle quite a lot of cocaineâ€). On the other hand, Tom DeLay of Texas gets called â€œthe thinking person's Satan,â€ Garth Brooks and both receive snubs, and caring about college sports in the Northeast draws comparison to â€œcaring about French food in South Carolina.â€ Adorned with poetical lists and quirky details, Blount's work is unflaggingly passionate and provocative over a range of subjects, including food, politics and all things Southern, and he's as likely to quote the as Shakespeare or Zora Neale Hurston. A lively curmudgeon who's talked to just about everyone on just about everything (especially grits), Blount's energetic, unpredictable essays are surefire fan pleasers and fine discoveries for newcomers