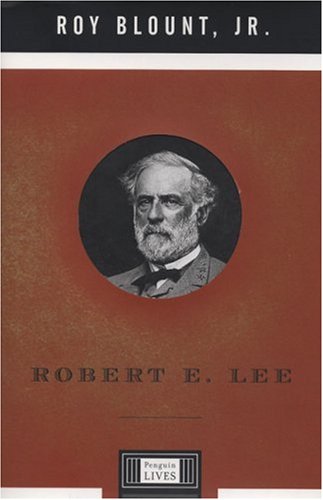 This concise Penguin Life biography can be compared to the Confederate general's Civil War career: valiant, honorable and surprisingly successful with limited resources. Blount, a humorist with 12 books to his credit, avoids hagiography, debunking and psychobiography (except in speculation largely relegated to Appendix 1). Writing from the perspective of his Southern heritage, Blount exhibits apposite insight and detachment, instantly recognizing anything that has ever been used as a club for beating the South. As to the actual narrative, he is vividly detailed about Lee's disastrous childhood, which led to his famous self-control. The description of his Civil War career supports Grant's verdict of Lee as lucky on the offensive but really formidable only on the defensive, and avoids jargon that might make the military passages inaccessible to the lay reader. The chapter on the postwar Lee is perhaps the most moving part of the book, since it is in that period that the ailing general shows his best self: advocating North-South reconciliation, refusing lucrative commercial offers, and reviving Washington College (now Washington-Lee University) as its President. This effort is not equal to Emory Thomas's work, the best one-volume coverage of a subject who inspired Douglas Southall Freeman to four. But as a literate and balanced introduction to a subject whose complexity too many current writers avoid, this book deserves a most respectable ranking among today's Civil War literature. (