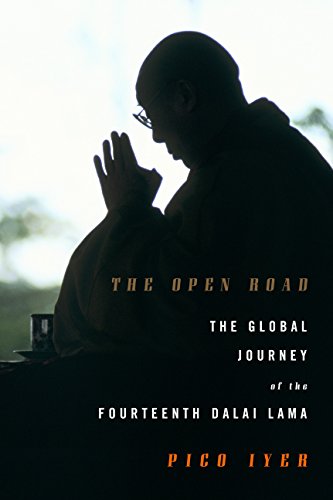 The Open Road: The Global Journey of the XIVth Dalai Lama

This is a brilliant pairing of writer and subject. Iyer has known the Dalai Lama, spiritual and political leader of Tibet, for more than 30 years, thanks to a long-ago connection between the writer's father, an Oxford don born in India, and a young Dalai Lama. And so the acute global observer Iyer, a travel writer, essayist and novelist, has long followed the fortunes of the astute globalist Tibetan Buddhist, who travels the world but can never go home to his Chinese-occupied country. This is not a biography but an extended journalistic analysis of someone deep enough for several lifetimes, as Tibetan Buddhists believe. Iyer organizes his observations by smart descriptions of aspects of the Dalai Lama's work and character: icon, monk, philosopher, politician. This allows him to plumb different sides of His Holiness, whom he demythologizes even as he expresses a clear-eyed respect for the leader's achievements. Iyer reminds readers of paradoxes: the Dalai Lama is highly empirical, yet holds beliefs such as reincarnation that defy observation. He is a public figure who is diligent about elaborate and private religious practices. Like its subject, the aim of this book is ultimately simple: behold the man.