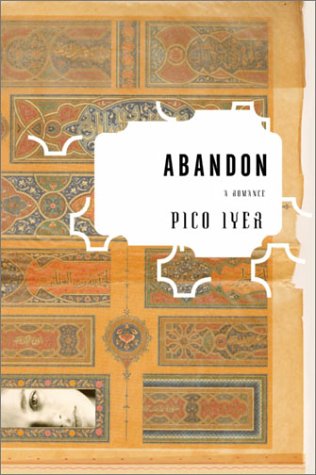 Framed by the conflict between Islamic and secular Western values, this novel from travel writer, critic and novelist Iyer (; ; etc.) is part mystery, part spiritual coming-of-age tale and part romance. John Macmillan is a student at a Santa Barbara, Calif., university trying to finish his thesis on the lesser works of Sufi master Rumi. John begins searching the globe for a secret Islamic manuscript, reputedly smuggled out of Iran after the Shah's downfall, that may contain lost poems by Rumi. He travels through Syria, Iran, Spain and India; though the search is mostly fruitless, along the way he finds himself drawn into a romance with the flighty, fragile, slightly New Agey Camilla Jensen. At first the affair seems a trifling distraction, but as Macmillan's academic investigation stalls, he finds himself falling in love; Camilla, for her part, turns out to know much more about Sufism than John could have suspected. As he tries to get to the bottom of her connection with his field of study, she suddenly disappears. Iyer's intellectual detective story evolves into a deeper probing of love, spirituality and the clash of two world views. Without being forced or didactic, Iyer explores American ideas and misconceptions about Islamic faith, while exposing the political corruption that continues to plague many Muslim countries. Though the book is obviously timely, it never feels as though Iyer is mining the headlines for material. Perhaps its greatest achievement is the evolution of the deep, passionate love between John and Camilla, which Iyer renders with grace and psychological acuity.