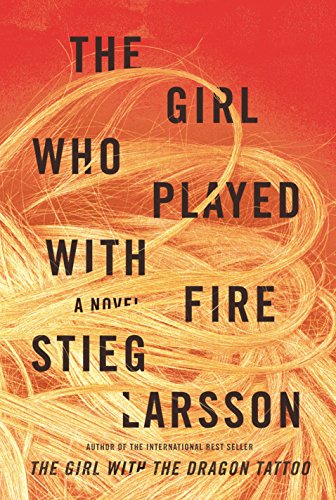 The Girl Who Played with Fire

Fans of intelligent page-turners will be more than satisfied by Larsson's second thriller, even though it falls short of the high standard set by its predecessor, , which introduced crusading journalist Mikael Blomkvist and punk hacker savant Lisbeth Salander. A few weeks before Dag Svensson, a freelance journalist, plans to publish a story that exposes important people involved in Sweden's sex trafficking business based on research conducted by his girlfriend, Mia Johansson, a criminologist and gender studies scholar, the couple are shot to death in their Stockholm apartment. Salander, who has a history of violent tendencies, becomes the prime suspect after the police find her fingerprints on the murder weapon. While Blomkvist strives to clear Salander of the crime, some far-fetched twists help ensure her survival. Powerful prose and intriguing lead characters will carry most readers along.