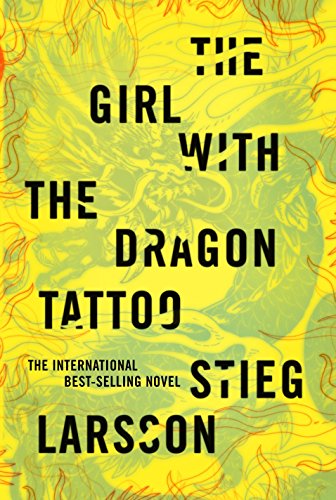 The Girl with the Dragon Tattoo

Cases rarely come much colder than the decades-old disappearance of teen heiress Harriet Vanger from her family's remote island retreat north of Stockholm, nor do fiction debuts hotter than this European bestseller by muckraking Swedish journalist Larsson. At once a strikingly original thriller and a vivisection of Sweden's dirty not-so-little secrets (as suggested by its original title, ), this first of a trilogy introduces a provocatively odd couple: disgraced financial journalist Mikael Blomkvist, freshly sentenced to jail for libeling a shady businessman, and the multipierced and tattooed Lisbeth Salander, a feral but vulnerable superhacker. Hired by octogenarian industrialist Henrik Vanger, who wants to find out what happened to his beloved great-niece before he dies, the duo gradually uncover a festering morass of familial corruption—at the same time, Larsson skillfully bares some of the similar horrors that have left Salander such a marked woman. Larsson died in 2004, shortly after handing in the manuscripts for what will be his legacy.