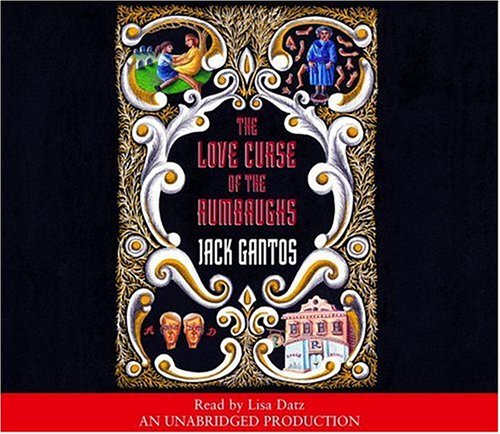 The Love Curse of the Rumbaughs

With a steady youthful voice,Datz gives an appropriately creepy and compelling edge to Gantos's strange, darkly comic novel of disturbing small-town goings-on. Upon her 16th birthday, narrator Ivy learns from her mother that one of the elderly identical twins—either Adolph or Abner Rumbaugh, who run the local pharmacy—is her biological father. She also learns that she may have inherited the Rumbaugh family curse: harboring freakishly obsessive love for one's mother. Will Ivy's future be determined by twisted DNA? Mystery, gossip, taxidermy (of the animal and human variety), horror, genetic experimentation and hints of incest are all themes that waft through this tale. Though the subject matter isn't for everyone, teens who take their humor black, and who may be discovering gothic literature or making forays into goth culture, are likely fans for this solidly produced recording. Ages 12-up.