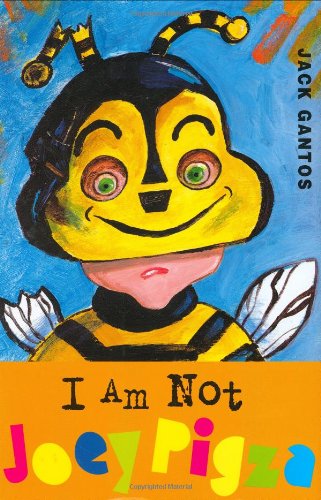 I Am Not Joey Pigza

In suitably off-kilter fashion, this fourth installment in what had been previously called a trilogy finds the hyperactive hero reunited with Carter Pigza, his “no-good squinty-eyed bad dad.” Having won a small fortune in the lottery, Carter’s back to reclaim his role as family man. The hilarious “rewedding” vows—his “I forgive you for all the times you called me a lifelong loser” begets wife Fran’s “I forgive you for trying to run me over with your motorcycle”—establish the theme for this episode in Joey’s chaotic childhood: How do you forgive people for being who they are? Especially when who they are is an incredibly lousy parent? Carter, like Joey, is not a man of small gestures; in wiping the slate clean, he changes their names to Charles, Maria and Freddy Heinz, and moves the family to the country where he has bought a roadside diner to renovate and open as The Beehive. Naturally, things do not go according to plan. In one scene, Joey/Freddy plays in traffic in a bee costume to publicize the new restaurant and winds up in police custody. As in the other Joey Pigza books, the plot doesn’t move so much as careen from one over-the-top event to the next, the achievement being that every one of them feels entirely plausible. Gantos exercises complete command of his subject—so thoroughly inside the dented head of his character that readers easily suspend disbelief. Another wild ride–over serious terrain. Ages 10-up.