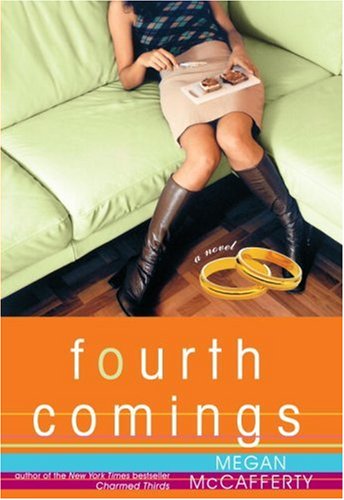 Acerbic heroine Jessica Darling is faced with the post-college conundrum—what now?—in McCafferty's fourth (following , and ). Her answer is to finally break it off with her on-again, off-again boyfriend, Marcus Flutie, who, after cleaning up his drug habit, studying Buddhism and spending some time in Death Valley, is now at Princeton. But before she can break up with him, he pops the question, and she mulls her response for a week. The bulk of the novel is made up of Jessica's satirical observations on life in New York: the tiny room in a basement sublet she shares with her best friend Hope; her nonjob for a magazine that pays so little she has to mooch off of her older sister; her friends who convince her to go to a club where she is hit on by a seven-foot-tall drag queen named Royalle G. Biv. Though the acid descriptions of city life are as hilarious as in the previous books (her landlord says of her eyebrows: “Zey are like two desperate sperm trying to impregnate your eyeballs!”), the book lacks cohesion, and the ending is a letdown. Like cotton candy, it's sweet and fluffy but has no substance.