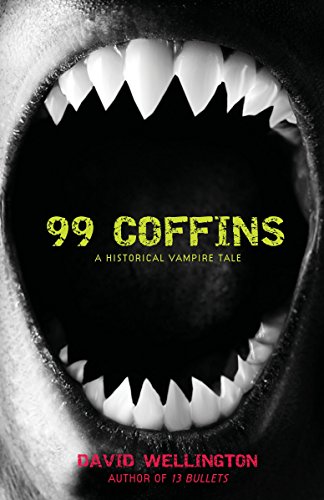 Vampires and mortals fight a modern battle of Gettysburg in vampire hunter Laura Caxton's gore-soaked second outing (after 2007's ). When a college archeological dig uncovers a cache of Civil War–era coffins, each containing a corpse minus heart, grizzled detective Jameson Arkeley recognizes these remains as evidence of a forgotten Union vampire corps and immediately summons Caxton. Before the two can unravel the historical mystery, someone reanimates one of the vampires, setting the stage for the full vampire army to rise and resume its unfulfilled mission. Wellington keeps the pace brisk, alternating action-packed chapters set in the present with chapters cast credibly in the form of extracts from period journals, letters and dispatches that gradually reveal the origin and intent of the vampire regiment and its enigmatic leader, Alva Griest. The taut narrative never slackens, providing thrilling entertainment for readers who like their horror raw and bloody.