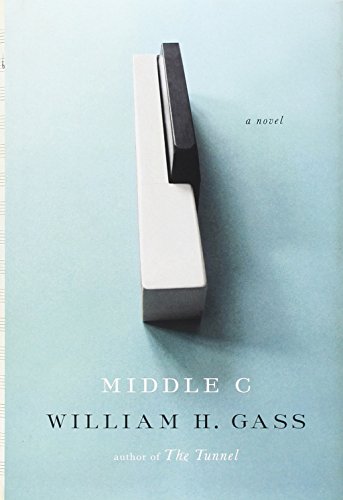 The fear that the human race might not survive has been replaced by the fear that it will endure.” This sentence is the secret life’s work of the Austrian émigré Joseph Skizzen, hero of Gass’s first novel in nearly two decades. There are few minds as well-documented in letters as that of Gass, whose own life’s work consists of eight well-regarded books of criticism and the legendary 1995 novel The Tunnel. But the storyline that emerges, after we learn how Joseph’s absent scofflaw father Rudi disguised his family as Jews in Vienna and London during the Second World War (as though to buck the trend), is a comparatively innocuous brand of epic. Joseph grows up in Ohio, with his mother Miriam, and becomes a devoted music lover, amateur pianist, and eventual lecturer. His quiet life, “reasonably clear of complicity in human affairs,” consists of but the smallest intrigues at the local library, which becomes Joe’s refuge, and, later, the school where he fears denunciation by the faculty. Only in his imagination is he the great Professor Skizzen, master of the Inhumanity Museum, a catalogue of the sinful human condition. And yet the novel is crazily rich with thought: there are lovingly observed descriptions of books by Thomas Hardy, Bruno Schultz, and Ruskin, remarkably detailed discourse on Miriam’s gardening, and enough discussion of music for a course in classical composition. Excepting some choppiness in the novel’s second half—and the decision to employ close third-person for material that seems naturally suited for first—Gass beautifully coaxes the unheard music from a seemingly muted life. “Middle C” was the realm of ordinary thought that Arnold Schoenberg abhorred. But for Gass, it is the model of a living, introverted mind and fodder for a symphonic anti-adventure story that is the unprecedented work of a master. Agent: Lynn Nesbit, Janklow & Nesbit Associates. (Mar.)
close
Details