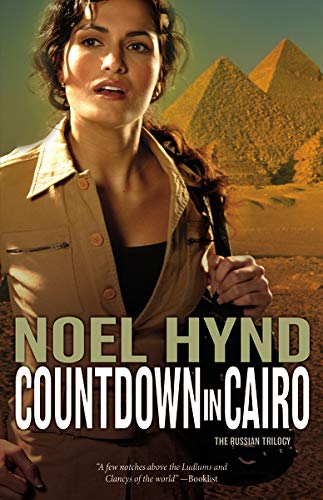 Hynd ( ) completes the Russian trilogy that features U.S. Treasury agent Alexandra LaDuca. A stark opening chapter concludes with LaDuca zipped in a body bag in a morgue outside Cairo, and the action then goes back two months to introduce the central puzzle—the sighting of Michael Cerny, a CIA agent believed to be dead, then the bang of a car-bomb explosion. After that breathtaking beginning, the action gets leisurely—too leisurely. It takes half the book for LaDuca to get to Cairo to solve the puzzle of Cerny, for whom she worked, following complications in New York and in Rome that weave into the action two major supporting characters, the Russian Yuri Federov and the Italian Gian Antonio Rizzo, who are in some respects more intriguing and complex than protagonist LaDuca. LaDuca's main partner in Cairo, Voltaire, provides more dramatic tension in his moral ambiguity than the offstage character, Cerny. Despite some plotting softness, this espionage thriller is stylish and provides an especially satisfying close without being in the least preachy.