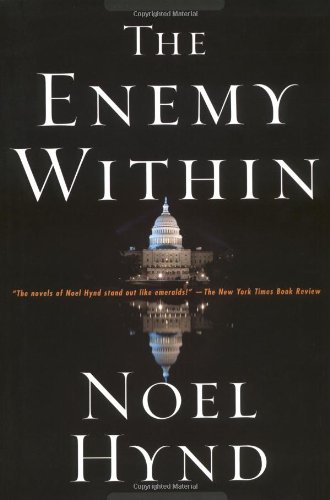 In this exhaustive and sometimes exhausting political action thriller, it's 2009, and Secret Service agent Laura Chapman is pulled off her White House detail to identify and thwart an assassin who has been paid $10 million by a foreign government to kill the president. The only clues: the assassin is male and he's a Secret Service agent himself. Laura, who has spent more than a decade on duty at the White House, is not your standard, black suit and earplug-wearing poker-faced agent: she drinks too much, smokes pot, sees apparitions and gets depressed. The son of true crime writer Alan Hynd, with more than 15 novels to his credit ( , etc.), Noel Hynd knows the ins and outs of Washington's agencies both public and secret. He meticulously describes Laura's investigation step by frustrating step. There are subplots dealing with an American attack on Libya, sleazy American spies, Laura's love life and the question of whether those ghosts she keeps seeing are real or not. When the ending finally lopes onstage, it's not as spectacular as most readers would wish, but Hynd ties up all his loose ends, freeing the likable Laura for duty in subsequent volumes.