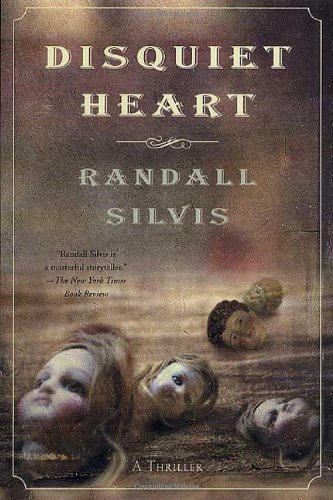 Atmospheric and cleverly researched, this shaky sequel to Silvis's well-received (2001), which introduced precocious street urchin Augie Dubbins and his mystery-solving sidekick, Edgar A. Poe, takes time to build up a head of steam, in large part because the narrator, at age 17 and no longer an engaging waif, dwells too long on his career shift from farmhand to budding journalist. In early 1847, Poe and Augie find themselves the guests of Dr. Alfred Brunrichter, a Poe admirer who has lured the celebrated author to Pittsburgh, Pa., with promises of a remunerative speaking tour. In the event, the good doctor keeps Poe so drugged, or sloshed with claret, that he stumbles through his various readings and lectures. Envious of all the attention lavished on Poe, Augie attempts to establish his own writing career while courting a young teacher's assistant. Poe, whose dear consumptive child-wife has recently gone to her grave, jerks awake for brief marionette cameos that are just intriguing enough to make one wish he were telling the story rather than Augie, whose Victorian posturings on life slow the story to a snail's pace. (Reprints of two of Augie's articles drag the proceedings further.) When Poe finally assumes center stage after Augie becomes the prime suspect in a murder case, the plot picks up and races to a sparkling denouement. Poe's haunting ghost, alas, is not enough to rescue a basically flat, overwrought narrative that invokes some of the mystery of Poe's stories but none of their majesty.