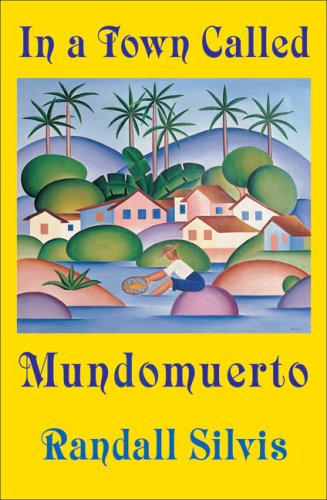 In a Town Called Mundomuerto

This beautiful, melancholy novella from Silvis ( ) unfolds as a timeless Central American seaside fable from the shifting memories of an old man with only a 15-year-old boy as his tireless audience. The man, called Grandfather Alberto, recalls his passion for Lucia Luna, who once (when she was 17 and he was two years younger) thrilled the village men with her melodious voice and seductive beauty. Now a mad (old woman), Lucia had fended off male attention until a visiting stranger named Arcadio Martín seduced her at a dance and vanished after impregnating her. The fishing villagers blame Lucia when their luck takes an extraordinary downturn, believing Arcadio to be a "dolphin-man" or shape-shifting "angel of the sea," and his tryst with Lucia to be the source of the town's misfortune. After the mysterious death of a jealous widow who tagged Lucia a (witch), Alberto remains her only defender. His subsequent journey leads to a heartbreaking revelation. A masterful storyteller, Silvis doesn't waste a word in this tale about "the tart nectar of memory's flower."